Is Prince Harry Bald
What Happened To His Hair? 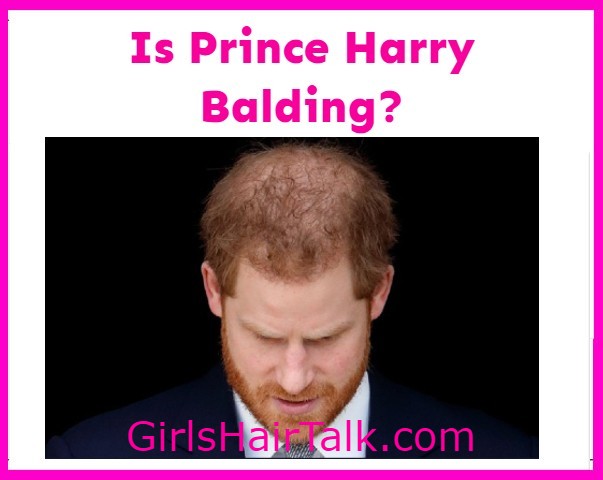 Is Prince Harry Bald?
But First Who Is He?

Prince Harry is the second son born to the famous Royal family in the UK on September 15, 1984 to King Charles the 3rd and Princess Diana.

He grew up as a working royal family member until he announced in January 2020 that Prince Harry and his wife Meghan Markle were in fact no longer interested in their duties as working royals, due to them wanting their privacy.

He currently resides in southern California with his wife Meghan Markle and two children named Lilibet and Archie.

Prince Harry does seem to be losing his hair, I noticed.

Even Prince Harry joked about his hair loss at an event while filming a Dutch Tv show that was geared at helping him promote the Invictus Games.

The Invictus Games were founded by Prince Harry to help the wounded, injured and sick servicemen and women, both serving and veterans.

Prince Harry noticed the ability of sport helps people both psychologically and physically. The Invictus Games is an international multi-sport event held since 2014.

During the Tv show filming to promote the Invictus Games, Harry stated while joking with those around him that "he's doomed" referring to his hair thinning.

So Prince Harry is very well aware that his head is thinning.

I can only guess as to why Prince Harry is losing his hair.

I created a time line to help illustrate my guess as to why Prince Harry is going bald! 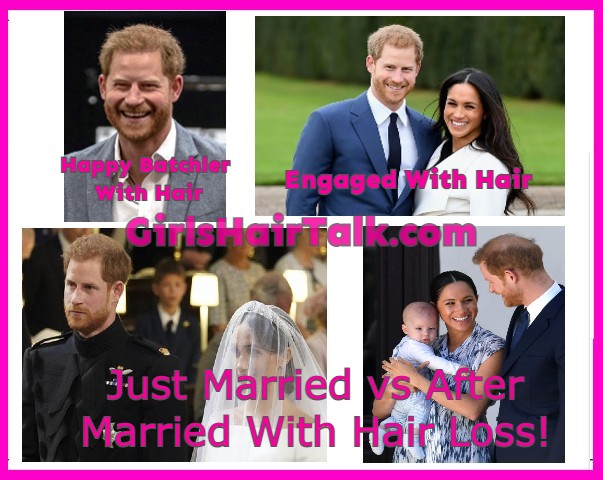 I personally noticed his hair loss became severe after he married Meghan Markle as well as stepped down from the royal family as a a working royal.

Thus I believe that he is stressed by his family 100% in my opinion.

Whether that be from the death of his mother Princess Diana, his home living situation while living with Meghan in a whole new country, or with the friction with his brother Prince William.

As well as the death of his grandmother the Queen of England whom he didn't get to say goodbye.

Prince Harry was angry at his brother and father for not inviting Meghan to dinner with the three of them and refused to travel there until he suddenly found out that the Queen wasn't doing so good. By the time he came the Queen his grandmother had already passed. 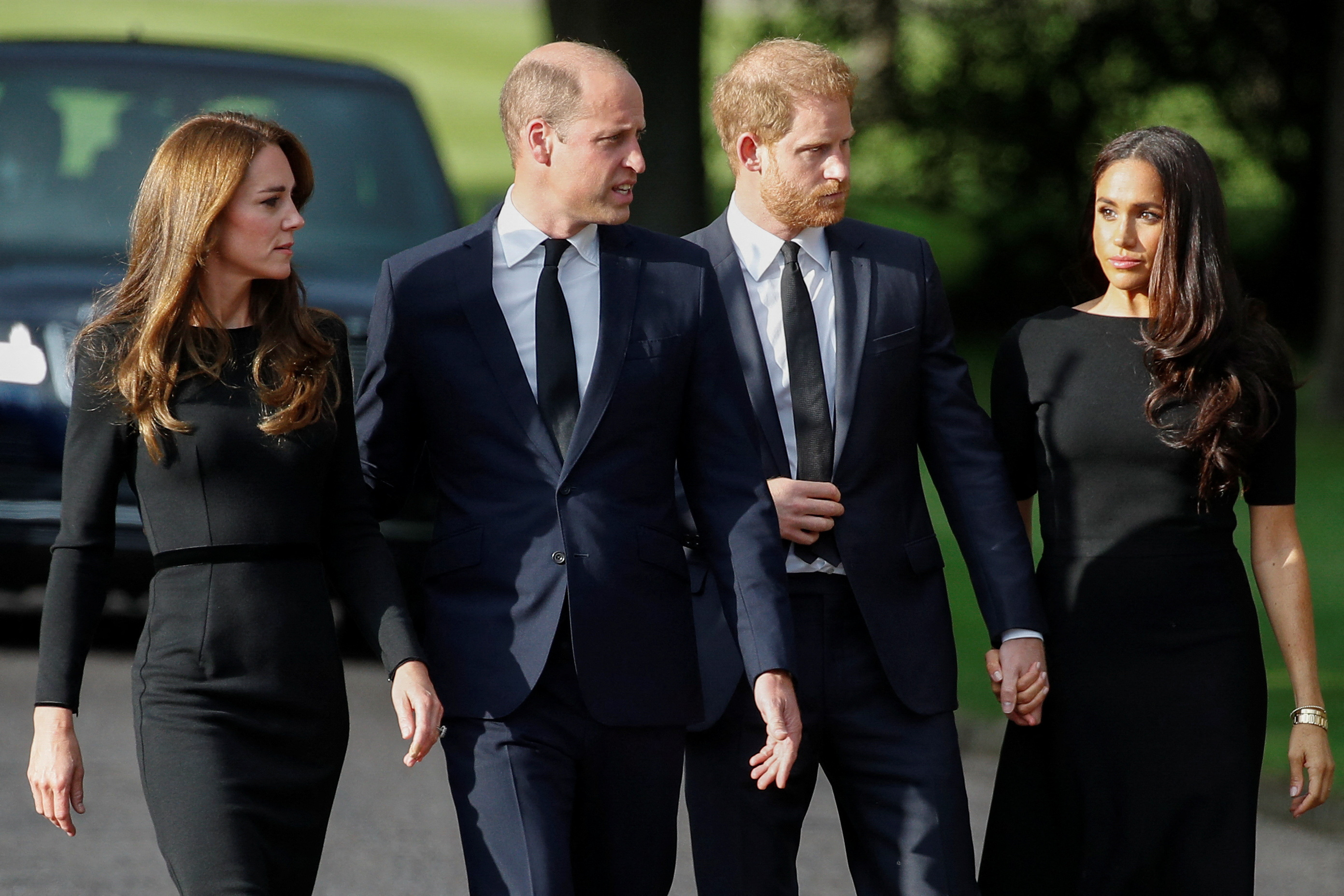 Did Prince Harry receive a hair transplant from a doctor?

My guess is yes!

Prince Harry was losing his hair at an alarming rate then suddenly some hair came back on while while I still see hair loss and hair thinning on other areas.

My guess is he got hair plugs, but the hair that wasn't gone yet started falling out as well which is why you still see hair loss thinning but less of it, when it should have been getting noticeably worse.

Ultimately, I believe based on the time line of his hair loss and his life's current events, I think Prince Harry is fighting his hair loss caused from stress.

Hair loss caused from stress can be helped by getting rid of whatever is stressing you out, if possible in order to get to the root of the hair loss problem.

As well as to create some anti-stress elements into your life such as doing things at least once a week that bring joy into your life.

After further researching into Harry's past interviews, I see that my guess theory of him having severe stress to be TRUE as seen in this interview to help de-stress himself seen here:

I do hope that Prince Harry as well as those that struggle with stress in their lives truly get the help that they need, because stress can affect your health and shouldn't be taken lightly.